Can Probiotics help with Weight-Loss?

body; your gut has 100 trillion microorganisms while you have about 10 trillion cells in your
body!

What this means is that the microflora in your gut is a powerful and compelling force in your body, one that may influence far more than how well your food gets digested. This living inner ecosystem is becoming a favorite topic among scientists, dietitians and nutritionists alike, and you may be wise to listen to what the newest research is revealing.

Your Gut Bacteria May Influence How Many Calories You Absorb From Your Food
Researchers from Washington University in St. Louis found that obese people have more of a family of
bacteria called firmicutes than lean people. Among normal weight people, bacteria called bacteroidetes
were less plentiful. And it appears the bacteria were having a major impact on weight. Obese mice, researchers found, were more efficient at extracting calories from food and depositing those calories in fat than lean mice. And when the bacteria from the obese mice were transplanted into the lean mice, they gained twice as much fat.

“It’s not just your brain and your body fat and your body organs involved in your energy balance equation. It may also be the bugs that are in your body as well,” Sam Klein, a study co-author and professor of gastroenterology at the university, told USA Today.

Probiotics Help Women Lose Weight After Pregnancy
A separate study found further support for probiotics’ role in weight loss. Researchers from the University of Turku in Finland found that taking probiotics during the first trimester of pregnancy may help women lose weight after they give birth.

“The women who got the probiotics fared best. One year after childbirth, they had the lowest levels of central obesity as well as the lowest body fat percentage,” said researcher Kirsi Laitinen.

What Else are Probiotics Good For?
As written in the book Digestive Wellness, probiotics lower the pH of your colon and kill disease-causing microbes. They also produce vitamins A, B and K, protect you from illness, enhance peristalsis, and make lactase for milk digestion. Probiotics also ferment dietary fiber, producing short-chained fatty acids, one of which called butyric acid. Having low levels of butyric acid has been associated with ulcerative colitis, colon cancer, active colitis and inflammatory bowel disease.

Are You Getting Enough Probiotics?
When we are born, most of us began with a clean slate in terms of health. Unborn babies are equipped with their own friendly bacteria and after they are born breast milk helps those bacteria to grow and flourish.
However, from there many people exist largely on diets of processed and pasteurized foods, which are virtually devoid of the friendly bacteria we need to flourish. Some exceptions to the rule are foods that are naturally fermented, and then eaten in their raw form, without being pasteurized. Examples of these healthy probiotic-rich foods include un-pasteurized: 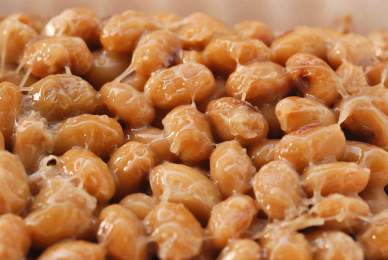 A further assault to your body’s beneficial bacteria comes from antibiotics. These drugs not only kill the bad bacteria that may be causing your illness, but they also kill ALL bacteria, including the good kind in your digestive tract that your body needs, leaving barren territory for all sorts of trouble to brew.

So whichever method you choose (choosing both the supplements and the fermented foods is best), be sure that your body is getting a steady source of good bacteria.