Granted I have a skewed population in front of me because people hire me because they are sick and tired…and tired of being sick and tired.  But I see it all the time.  1 in 133 have Celiac but most haven’t been diagnosed yet.  And, milder forms of gluten sensitivity are even more common and may affect up to one-third of the American population. Think about you and your family and friends.  One third affected by gluten! 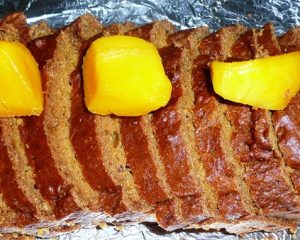 This collection of diseases and intolerances can masquerade as a plethora of diseases.  It’s critical that you understand that we now know that only a minority of people will have the classic Celiac signs (diarrhea, malnutrition, osteoporosis, anemia, weight loss).  In millions more, the disease manifests as heart disease, cancers, auto-immune diseases, psychiatric disorders, neurological diseases, autism and more.  That’s because inflammation (to the gluten) drives inflammatory processes throughout the whole body.  For those who are sensitive, mediators are released and enter the blood stream.  They can and do cross the blood brain barrier.  They affect everything.

The simple answer is life long removal of gluten.  BUT WAIT.  Before you do that, get educated and see your doctor. Or hire me to guide you through the process because not all doctors are up on this yet.  Seriously…the things I hear! What you need to know is that if you go off gluten and you feel better and let months go by before testing,  your test will be negative.  It should be.  You removed the offender.  But now we won’t know which class you fall into.  In the long run, its important.

Every week, I am helping the ‘unhelpable’.  If you know anyone who can benefit from a different kind of healthcare, send them my way.  Forward this email. In honor of  March being the National Nutrition Month I am offering a 45 minute complimentary consult to insure we are a good fit.