Today was a relaxing Saturday. Why? Well, Sameer offered to make a scrumptious breakfast after a long time while I was surfing my facebook account!

This recipe is a twist on a piadina, an Italian flatbread. For ease/ convinience Sameer used a store-bought corn tortilla. You  could also use roti/pita bread/khakhara if you wish. They get topped with a blend of ricotta and cottage cheese, a lightly dressed salad leaves, and fried egg.

1. Heat a grill pan over medium high. Brush each side of tortilla/ roti with a little olive oil and grill for two to three minutes on each side, until crisp. You could use a crispy khakhara too.
2. Remove from grill and slightly cool. Now I will call this a tostada.
3. Crack the eggs directly in a pan and cook until the egg whites are set, 2-3 minutes.
4. In a small bowl, blend the ricotta and cottage cheese, lemon zest, salt and a dash of pepper. You could use grated paneer instead of the mentioned cheese.
5. Take another bowl and whisk together 2 tsp olive oil, lemon juice, salt and pepper until smooth. Add salad leaves and toss until coated.
6. Spread the cheese/ paneer blend on the tostada.
7. Mound the salad leaves.
8. Carefully place a fried egg on top of the tostada.
9. Season the eggs with a pinch of salt and pepper, and serve. 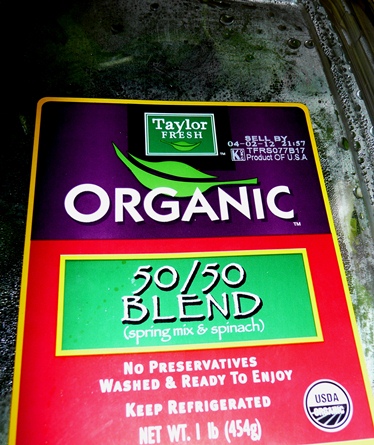 carotenoids —spinach can claim a special place among vegetables in terms of its phytonutrient content. Researchers have identified more than a dozen different flavonoid compounds in spinach that function as anti-inflammatory and anti- cancer agents. (Some of these substances fall into a technical category of flavonoids known as methylenedioxyflavonol glucuronides.) The anticancer properties of these spinach flavonoids have been sufficiently impressive to prompt researchers to create specialized spinach extracts that could be used in controlled laboratory studies. These spinach extracts have been shown to slow down cell division in human stomach cancer cells (gastric adenocarcinomas), and in studies on laboratory animals, to reduce skin cancers (skin papillomas). A study on adult women living in New England in the late 1980s also showed intake of spinach to be inversely related to incidence of breast cancer.

Excessive inflammation, of course, typically emerges as a risk factor for increased cancer risk. (That’s why many anti-inflammatory nutrients can also be shown to have anti-cancer properties.) But even when unrelated to cancer, excessive inflammation has been shown to be less likely following consumption of spinach. Particularly in the digestive tract, reduced inflammation has been associated not only with the flavonoids found in spinach, but also with its carotenoids. Neoxanthin and violaxanthin are two anti-inflammatory epoxyxanthophylls that are found in plentiful amounts in the leaves of spinach. While these unique carotenoids may not be as readily absorbed as carotenoids like beta-carotene or lutein, they still play an important role in regulation of inflammation and are present in unusual amounts in spinach.